Thomas Farragher: In Maine, a town on the brink of extinction plots a comeback

MILLINOCKET, Maine — The tidy, white bandstand stands on the edge of a gone-to-seed main street pocked by vacant storefronts where plywood has replaced plate glass, where hope has nearly been chased away by a gut-punched economy on the edge of collapse.

The Great Northern Paper Company — for a century the full-employment guarantor for generations of paper-makers who once made this town hum — built that bandstand...

Our Katahdin President Sean DeWitt with an update on the latest developments at the One Katahdin industrial park. 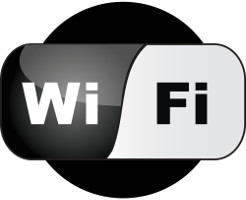 MILLINOCKET, Maine – (June 30, 2017) – Our Katahdin is pleased to announce that phase one of the community broadband technology plan is underway, and live wifi hotspots will light up Penobscot Avenue just in time for the 4th of July holiday. The project includes placing three wifi hotspots along Millinocket’s main street to provide free wifi service for visitors and locals spending time downtown to visit shops and grab a bite to eat.