The Millinocket Downtown Revitalization Committee (MDRC) is working to create banners that will visually define the downtown area and the main street of the business district in Millinocket.  Here's a photo from a similar project in another town: 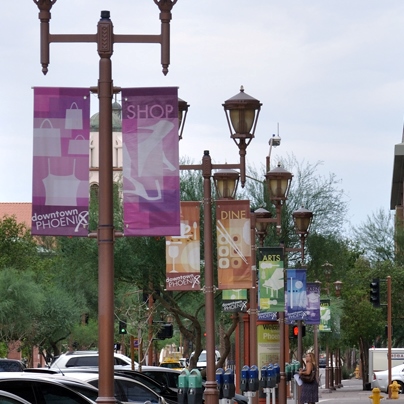 Banners are being designed that will be in two different sizes; twelve of a larger size to go on light poles along Central Street from Millinocket Stream to Katahdin Avenue and eighteen to go on the light poles along Penobscot Avenue that are of a smaller size. These are intended to give the town a more welcome and colorful appearance. Support from individuals like yourself will allow the MDRC to deliver this project.  Barring unforeseen issues, the final design is expected to be ready by February 2015 and the installation of the banners is currently expected by end of April 2015.  Together we can help to add color and life to the Millinocket downtown!

A preliminary design has been developed that depicts a silhouette of the mountain and town below: 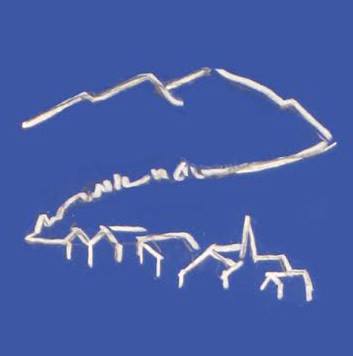 Though it was originally established as a member-driven organization, the new non-profit is operated by a sparse volunteer board of directors consisting of Marsha Donahue as chairman, Robert Curlew as secretary, Harold DeLait as treasurer and with Jaime Renaud and Margaret Daigle, town manager of Millinocket, filling out the board. Project concepts are brought to general meetings and committees are formed to tackle those projects.  Once approved by the general meeting, committees assume the decision-making process for projects, with the board and general meeting attendees lending support to the committees. MDRC, by virtue of its 501(c)(3) tax status, must raise funds by all means; grants, private donation and public fundraisers.

While "Our Katahdin" is interested in projects across the three towns in the Katahdin region, the MDRC is committed specifically to the Millinocket downtown, the boundaries of which are Millinocket Stream, the peak of Veterans Park, Katahdin Avenue and Spring Street.

Their concern is the revitalization of this area with an intention of economic development of the business district. We applaud their efforts, and hope you will consider to support this project today!